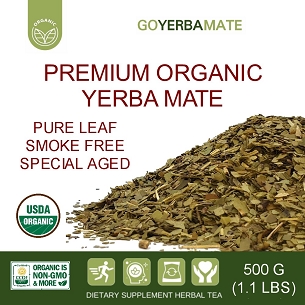 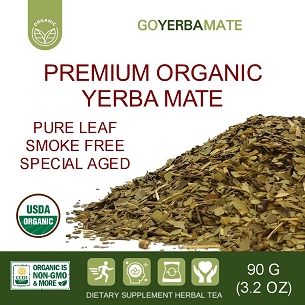 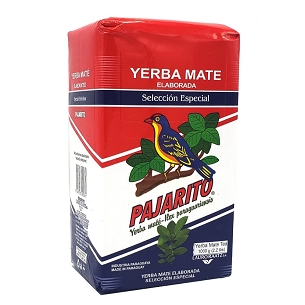 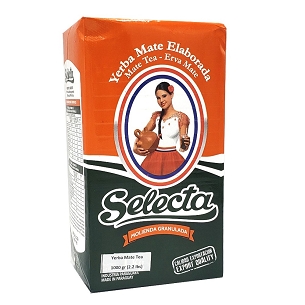 You need to understand the process:
The first step: When yerba mate comes from the field it is immediately put into a sapecado which is a large tumbler with a wood fire and a fan blowing the hot air and smoke over the leaves and stems.  Check out this video from Pipore, about 2.5 minutes in they show the sapecado in action. This has the effect of blanching the yerba to remove any dangerous bacteria and drying it down to a targeted moisture. Some brands using one of these are still considering their yerba mate to be "unsmoked". There is one brand in Argentina that uses a gas flame instead of wood in the sapecado but there is still some smoke from the yerba itself because it is dried so fast at very high heat.
The second step is a further drying process which can take several hours at a much lower temperature depending on the company. At this point some producers add smoke to the dryers to create their characteristic flavor. This is considered to be smoked yerba mate.
At this time Smoke Free yerba mate is only produced in Brazil. They use a very large dryer that uses much lower temperatures at a longer time and allows no smoke to contact the yerba mate. Smoke free yerba mate has a much different taste, it is naturally softer and lighter in flavor. Many long time traditional yerba mate drinkers are disappointed in the taste or lack of.
The Issue:
Drinking mate, an infusion of the herb ilex paraguariensis, is very common in several South American countries, and has been associated with an increased risk of esophageal cancer. This increased risk may be attributed to drinking mate very hot, or to mate’s potentially carcinogenic contaminants, such as polycyclic aromatic hydrocarbons (PAHs). Mate leaves are often dried with wood and smoke and therefore commercial samples may have high amounts of PAH.*
A polycyclic aromatic hydrocarbon (PAH) is a hydrocarbon—a chemical compound containing only carbon and hydrogen. Many of them are found in coal and in oil deposits, and are also produced by the thermal decomposition of organic matter—for example, in engines and incinerators or when biomass burns in forest fires. PAH4 is the sum of four different polycyclic aromatic hydrocarbons, named benzo[a]anthracene, chrysene, benzo[b]fluoranthene, and benzo[a]pyrene) measured at maximum levels.*
The following table compares the results from a study of 8 different brands of yerba mate and test results from our smoke free organic yerba mate.
We do not know what brands were used in this study. The results of the analysis on our organic yerba mate are from an analytical report on a batch from 2019 submitted by our producer. All of their smoke free organic is tested to make sure it meets EU standards before shipping.
It is very important to note that there have been no studies directly connecting the PAHs in yerba mate to cancer. All of the research papers we have seen use the words possibly and it may be. More studies are needed to make a definitive connection.
Here are the two studies we used for this report.
Polycyclic aromatic hydrocarbons as a potential source of carcinogenicity of mate

*These statements have not been evaluated by the Food and Drug Administration. This product is not intended to diagnose, treat, cure, or prevent any disease.
Ooop! The email you entered isn't valid.
WooHoo! You subscribed successfully.
Ok! You're unsubscribed.